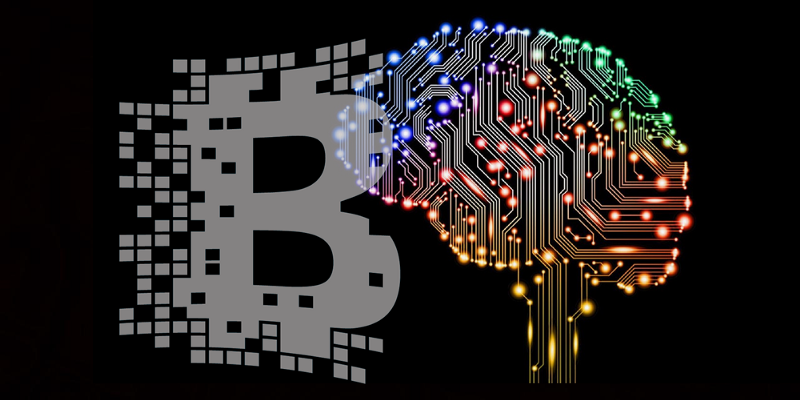 My thoughts on the industries of Blockchain, AI and Project Nebula AI

Hello everyone, I am Hao, an early private investor and current community administrator of Nebula AI. I have a lot of thoughts in the last two years, I hope to share all of my thoughts on the blockchain, AI industry and Nebula AI in the next few months.

Disclaimer: I am not an employee of Charles Cao, my opinion can only represent myself, not Nebula Ai Inc in Montréal and Charles Cao.

After I saw the white paper of Nebula AI (NBAI) in January 2018, it took me only a short time to make the decision — I want to put all the money I earned from the crazy blockchain market in 2017. Because I saw the future in NBAI.

This is not an exaggeration speak. NBAI proposes an ambitious combination of decentralized blockchain technology and Artificial Intelligence industry which is a highly centralized industry of capital, resources and technology. This is a great ambition, and I firmly believe that Charles Cao has a great possibility to achieve this ambition. (I will write something about Charles in my eyes later.)

In addition to his experience in the white paper, three facts make me think he is a reliable person.

First, at the time of the madness of the end of 2017, Charles insisted on completing the test network before private sell.

Second, Charles only gives private investors a very restrained discount. (the strategic investor’s discount is no more than 25%)

Third, the white paper expresses very clear logic in simple words. I think it reflects the founder’s understanding of what he does.

The evolution of Blockchain

I hate the enthusiasm of TPS and efficiency competing and I don’t trust Dapp since most Dapps have not the necessity for decentralization. They completely distort the nature of the blockchain — the machine of trust.

There is no doubt that Bitcoin is great as the first generation blockchain, which has achieved the decentralization of currency issuance through the blockchain and has been safely operated for nearly 10 years under the maintenance of the global community. We can say that Bitcoin decentralized the “Money or Currency”.

Ethereum integrates Turing’s complete smart contract, which can be called the second generation blockchain. The reason is that Ethereum adds a “contract” function to the distributed ledger of the blockchain, the“contract” that can be signed directly by both parties and does not require third parties to guarantee fairness and execution. Here we can say that Ethereum decentralized the “contract”.

Here we can discover the characteristics of blockchain evolution. Bitcoin decentralizes the most widely used things (money) as the first generation blockchain. You don’t need to sign contracts with others every day, but you will definitely use money every day.

Just as the use of money is much more frequent than “contracts.” The evolution of the blockchain is a bottom-up decentralization movement, and it is by no means competition for efficiency. Bitcoin was born from the beginning to solve the problem of distrust of superpower rather than the bank card transfer is too slow.

Nebula AI has its own clear positioning — to decentralize the artificial intelligence industry, accurately speaking, the part of the computing power.

NBAI can be the third generation of Blockchain

For Big Data, big government and large corporations, such as Google, Facebook, Alibaba, Tencent,etc. have been mastering the big data. This process is irreversible. No matter how you protect your information from now, there is no way to reverse this process at a macro level. The power structure of human society has never been as unbalanced as it is today. The “Project insight” of Captain America 2 is not far from us. The decentralization of NBAI is a kind of mature decentralization that can directly match the existing industry, instead of the fanciers or arrogant subversives who want to completely change the existing enterprise structure to “blockchainization”.NBAI offers cheaper, safer and more desirable computing options, as well as convenient access methods and payment systems. Run in a way that fully complies with business logic and rules.

Fortunately, Nebula Ai has basically implemented most of the technology needed.